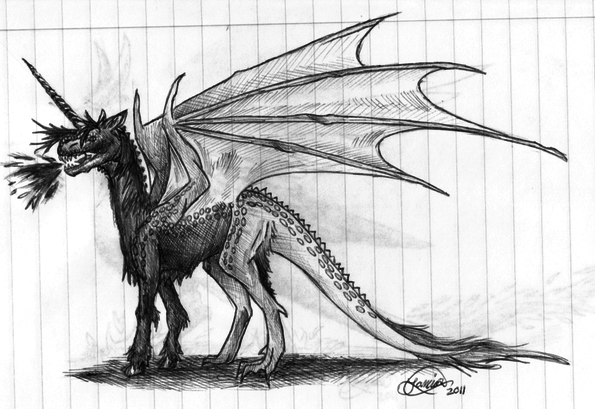 How to generate startup ideas

Ok, so you spend time looking at the green grass and mythical creatures over in startup fairytale land. Awesome. Now what?

Here are a few things to consider.

Look around, what inefficiencies do you have to deal with at work? Odds are lots of other companies are dealing with it, too. (Pro tip: a good clue is to look in places where people are using spreadsheets)

That being said, do us a favor and open your eyes; don't just solve #firstworldproblems.

What would you pay for?

Solving other people's problems is cool and all, but for you to have the sustained ambition to successfully build a startup, you should create something that you would pay for; not something you could imagine yourself someday paying for, but something you want now.

I believe space travel in general — and getting to Mars in particular — should be easier and less expensive. My hypothesis is that governments, large corporations, and crazy individuals will pay for such services.

Now bounce this off trusted friends and see what they think.

How will it grow?

Another important check as you are generating and refining your idea is to write out a specific Growth Hypothesis. The more specific the better.

How will people find your product or service? If you are building a software product, the best ideas usually come with a built-in growth engine (e.g. sign up and invite your friends).

I hypothesize that the first 1000 users of my app will invite on average 20 friends through our combined sharing features, half of whom will accept, and my monthly churn rate will be less than 5%.

A good way to initially test this is to get a few close friends to give you the names of 20 people they would actually share it with. Actual names. You'll come up against reality quickly here, especially if you have a bad idea.

Michael Wolfe wrote up a solid set of examples:

Facebook — the world needs yet another social network a la Myspace or Friendster except several years late. We'll only open it up to a few thousand overworked, anti-social Ivy Leaguers. Everyone else will then follow since Harvard students are so cool.

Dropbox — we built a file sharing and syncing solution in a market that has a dozen of them built by big companies like Microsoft. It only has one feature, and you have to move all of your content to use it.

Amazon — we'll sell books online, even though users are still scared to use credit cards on the web. Their shipping costs will eat up any money they save. They'll do it for the convenience, even though they have to wait a week for the book.

Virgin Atlantic — airlines are fun, so we are starting one. How hard could it be? We'll differentiate with a funny safety video and by not being a**holes.

Mint — give us all of your bank, brokerage, and credit card information. We'll store them on the web and give you the data back but with nicer fonts. To make you feel richer, we'll make it all green.

Palantir — we'll build arcane analytics software, put the company in California, hire a bunch of new college grads, many of them immigrants, hire no sales reps, and close giant deals with D.C.-based defense and intelligence agencies.

Craigslist — it will be ugly. It will be free. Except for the scammers and hookers.

iOS — we are shipping a brand new operating system that doesn't run a single one of the millions of applications that have already been developed for Mac OS, Windows, or Linux. Apple has to approve all of the apps, and it won't have cut and paste to start with.

Google — we are building the world's 20th search engine at a time when most of the others have been abandoned as being commoditized money losers. We'll strip out all of the ad-supported news and portal features so you won't be distracted from using the free search stuff.

Github — software engineers will pay monthly fees for the rest of their lives in order to create free software out of other free software!

PayPal — people will use their insecure AOL and Yahoo email addresses to pay each other real money, backed by a non-bank with a cute name run by 20-somethings.

Paperless Post — we are like Evite, except you pay us. All of your friends will know that you are an idiot the minute your faux-parchment digital envelope hits their inbox.

LinkedIn — how about a professional social network, aimed at busy 30- and 40-somethings. They will use it once every 5 years when they go job searching.

Tesla — instead of just building batteries and selling them to Detroit, we are going to build our own cars from scratch plus own the distribution network. We'll start the company during a recession and the crashing of the clean tech industry.

Firefox — we are going to build a better web browser, even though 90 percent of the world's computers already have a free one built in. It's based on a product that a single college student built.

Twitter — it is like email, SMS, or RSS. Except it only has 140 characters, doesn't support images, can't be made private, and will be used mostly by geeks at first, followed by Britney Spears and Charlie Sheen.

On the flip side, bad ideas that at first glance appear to be good ideas…watch out. The way to ultimately identify them is that customers don't sign up, engage, and/or pay, but before then you can get a sense for these kinds of ideas because they sound plausible (e.g. your friends tell you: “Yeah, I could see people using that.”).

For example, a social network for pet owners. It doesn't sound obviously mistaken. Millions of people have pets. Often they care a lot about their pets and spend a lot of money on them. Surely many of these people would like a site where they could talk to other pet owners. Not all of them perhaps, but if just 2 or 3 percent were regular visitors, you could have millions of users. You could serve them targeted offers, and maybe charge for premium features.

The danger of an idea like this is that when you run it by your friends with pets, they don't say “I would never use this.” They say “Yeah, maybe I could see using something like that.” Even when the startup launches, it will sound plausible to a lot of people. They don't want to use it themselves, at least not right now, but they could imagine other people wanting it. Sum that reaction across the entire population, and you have zero users.

Ideas that investors are looking for

A fantastic article on this topic is 24 Startup Ideas That Investors are Begging to Fund by Anna Vital, which points to this infographic of Y Combinator's Requests for Startups page:

Homebrew has also published a big list of ideas they are looking to invest in as well.

What other articles/resources would you recommend?

Author's note: this post is part of a series of articles outlining an operational framework for building and launching web products, and originally appeared on my personal site here. Also, as a reminder, feel free to subscribe to my newsletter and I'll let you know when I publish new content. Thanks!